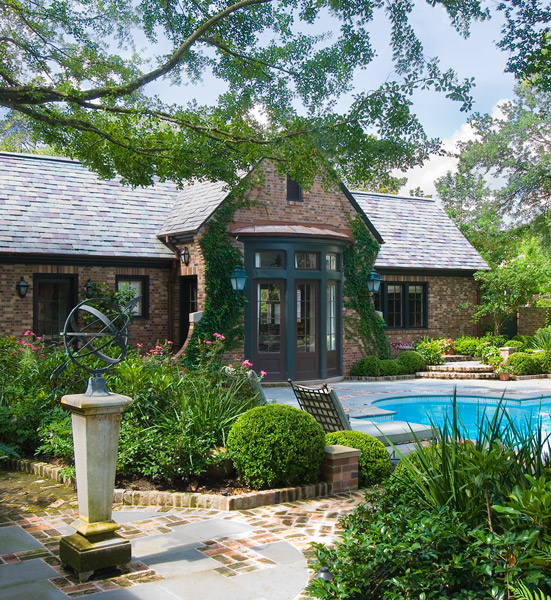 Starting with a porte cochere and kitchen addition in 1998 and followed by renovations to the main house and separate family living and entertaining wing addition completed in 2006, this house successfully couples pragmatic requirements of the clients with their love and respect for the scale and character of the original house.

Devising a plan to enlarge the “life” of the house by fully utilizing the site,  the new program adds a separate L-shaped building containing an office, conservatory, guest suite, family room, and billiards room and a free-standing “summer house.”  The resultant garden space gave the opportunity to fully integrate the old and new portions of the house without negatively affecting the existing house: the garden becomes the central room of the house.

A restored vintage parterre garden contemporary to the original house and originally designed by C.C. Pat Fleming, preserves the character and intent of this space while informing the design of the new landscape portions throughout the site.

The landscape design received a John Staub Award from the Texas Chapter of the Institute of Classical Architecture & Art in 2013. 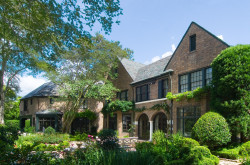